A leading driver and strong advocate for European Businesses in Korea

On November 29, ECCK held a luncheon meeting with Yoo Myung-hee, Minister for Trade of Ministry of Trade, Industry and Energy (MOTIE). With 50 representatives of ECCK member companies and European embassies in attendance, ECCK officially delivered the ‘ECCK White Paper 2019’ to Minister Yoo.

In her speech, Minister Yoo acknowledged and thanked ECCK’s role as a communication platform between the Korean and European government as well as for the constructive suggestions from the European businesses to further improve the business climate in Korea through annual publication of ECCK White Paper. 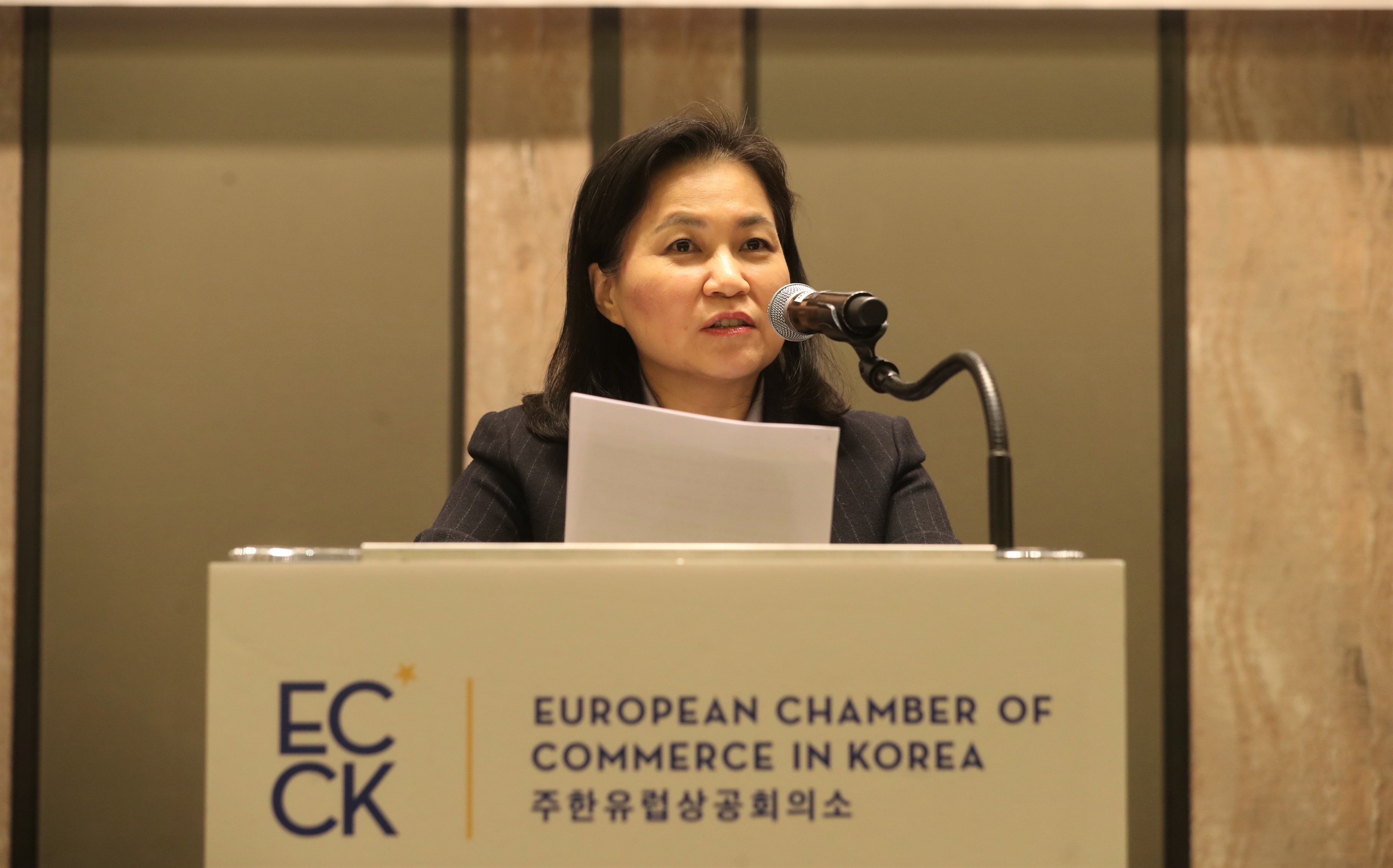 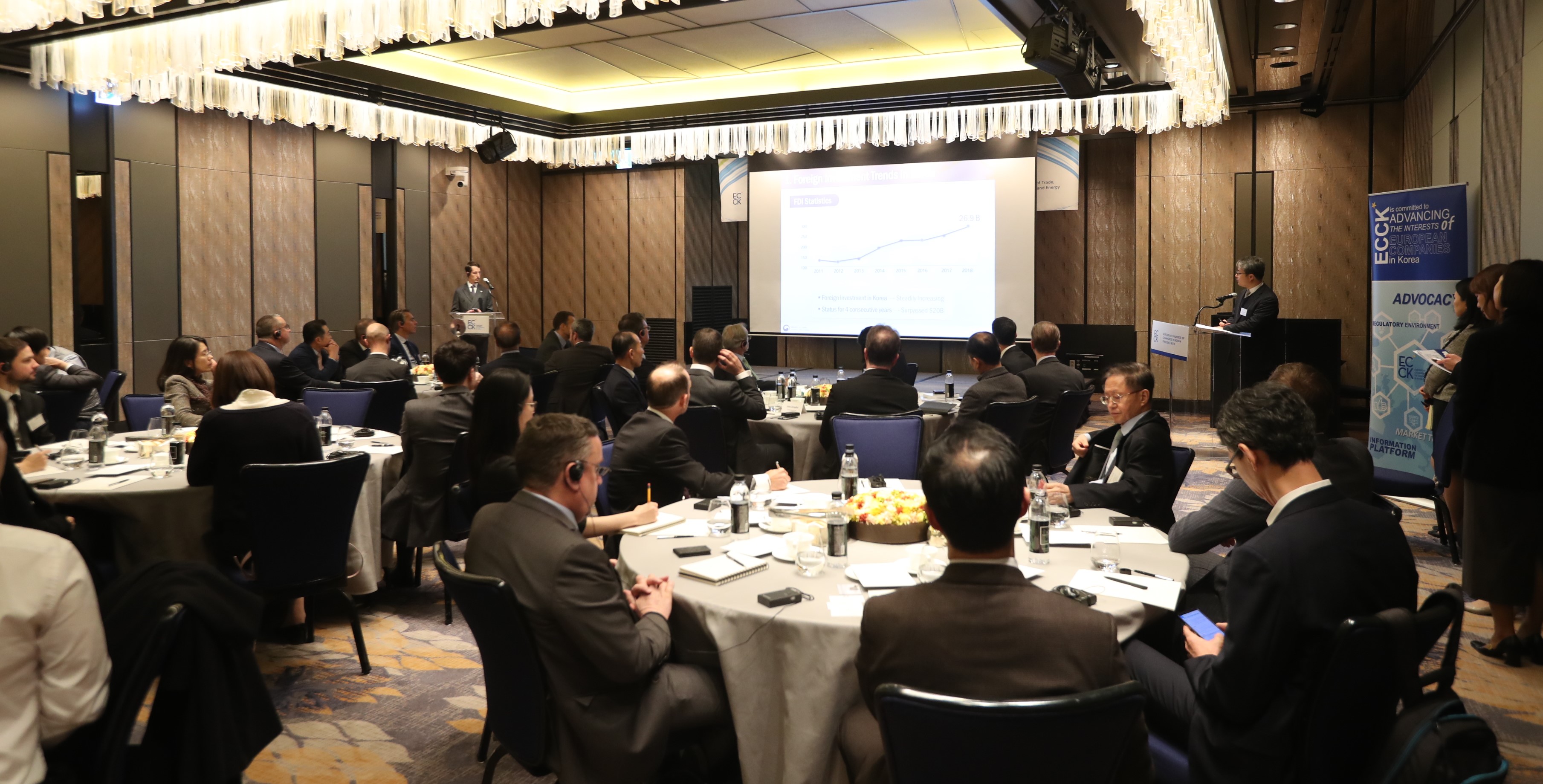